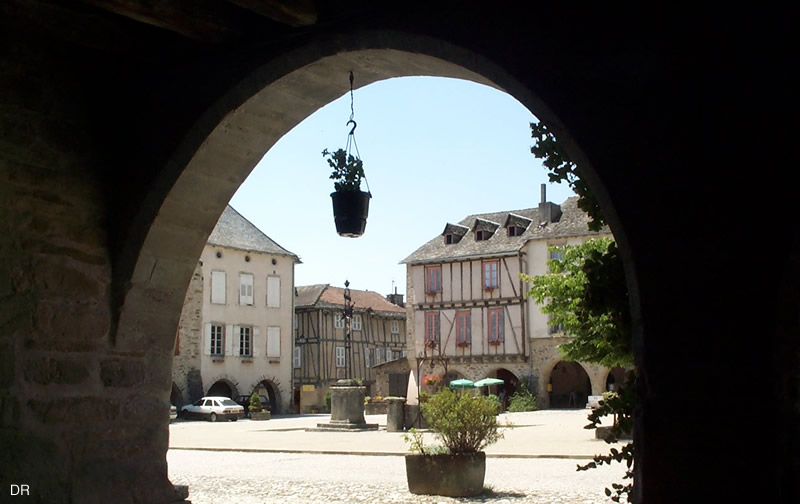 Sauveterre de Rouergue is a royal, 13th-century bastide, built around the largest arcaded square in Rouergue (60 by 40 meters) and bordered by wood-frame houses. It is one of the most intact fortified towns in southwest France. Sauveterre is classified, additionally, among the Most Beautiful French Villages. 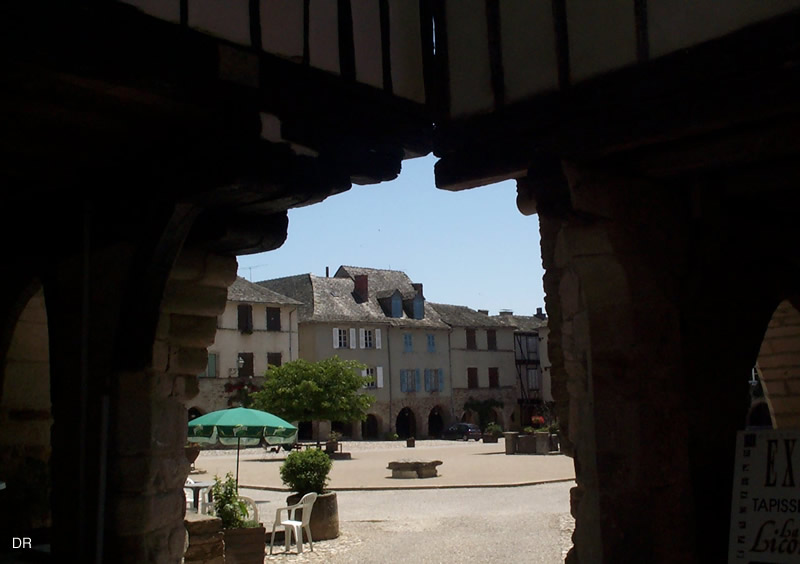 The Distinct Architecture of the Bastide.
It was in 1281 that 60 families settled in this royal bastide, safe from suffering caused by the hands of brigands and the caprices of the lords of the vicinity.
The checkerboard town plan is perfect and the exceptional dimensions of the Place of Arcades give many informations about the dwellings of this new mediaeval city. Sauveterre has been fortified since itwas founded. She is still encircled by ramparts and pierced by four gates looking upon the main streets, all of which converge at the central square. Visitors are encouraged to profit from a paid visit, guided by lecturers who will introduce their charges to an understanding of the inventive urbanism exhibited by the bastides. 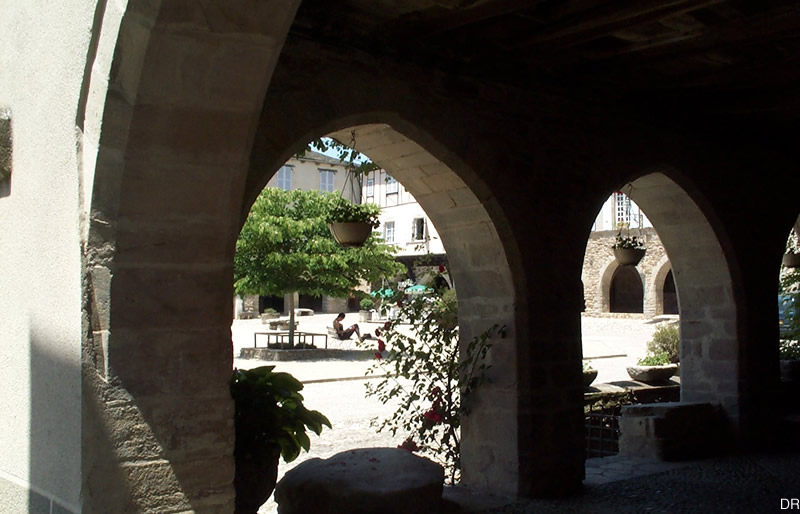 They will also learn that Sauveterre, which had become the principal location of one of the bailiff’s courts of Rouergue, was granted a charter conceding numerous freedoms to its inhabitants, hence its name Sauveterre, from salva terra (“safe land”). 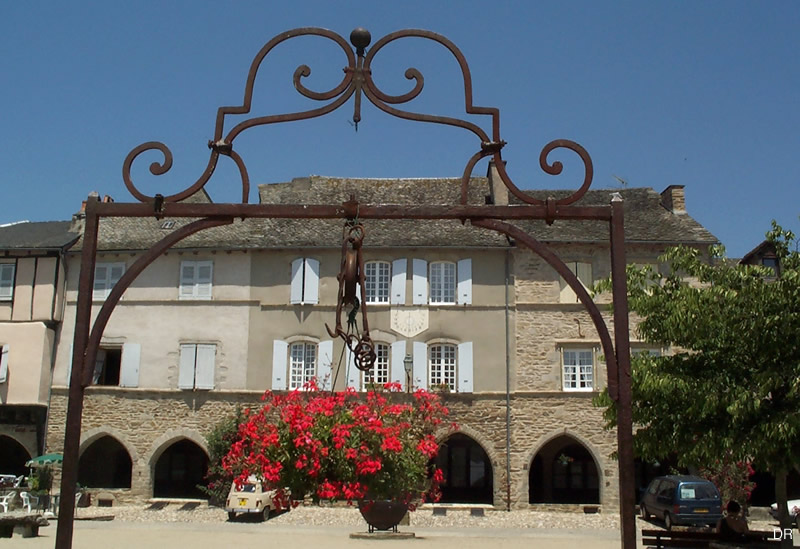 They will learn that Philippe the Bold once reabsorbed the town into the Crown territories.

Many artists have chosen to live here: painters, sculptors and print makers. Agricultural activity is equally significant and diversified: cattle, sheep, goats, pigs, field crops, seeds and tobacco. Sauveterre’s production of mother-raised calves prevails over its competitors.
Equally reputed, though less famous than le Laguiole, is the knife of Sauveterre-de-Rouergue, which was dispatched to Geneva in the
15th century.Sauveterre preserved its vocation as the town of active and animated exchange.